My thoughts on Perez Hilton

I think this past weekend in Toronto might have been Perez's peak and now he might be on the long descent downwards.

In case you don't know or have been living under a rock: Perez Hilton was in Toronto the Much Music Video Awards. He was hanging out with Lady Gaga, backstage, doing interviews, presenting and the like. He got into an argument with the Black Eyed Peas over comments he made on his blog. Apparently, he called Will.I.Am a bad name and allegedly got punched by the BEP's manager. There are pictures and video and comments about the incident everywhere, including Perez's site, which I link to here on my blog on the right.

I read his site multiple times daily and have for a few years now. During that time I have slowly watched him go from the outside to the inside. He started talking about bands and then they'd blow up, then he started plastering his site with mass amounts of advertisements and then I started to notice the personal relationships developing... and I remember one time when he posted a pic of him and some famous friends on the town like he was reporting on anything else. Then he starts hosting events, shows, judging...

So there is no doubt that he is an attention whore and a drama queen (and always has been) and this event has done nothing but thrust that into the spotlight and even as a avid reader of his site, I have to say that I can't help but feel this is the beginning of the end for him.

It happened late Sunday/early Monday and so I saw his tweets about needing police, calling 911, etc. before I knew what happened and even my reaction was that he was being too dramatic.

I think that inside, he regrets his behavior (at least I hope he does) but he's gone too far to go back and is stuck now being an ass. It sounds bad, but I always felt the Tom Cruise/Katy Holmes thing was the same way: They threw up a fake relationship, got called on it, but couldn't go back so they had to step up.

The law says that physical violence is never the answer. And this may or may not be true.

But there is another kind of law that governs the streets and it says that if you talk sh*t about somebody then you might get hurt. That same code says that if you call somebody a f*agg*t to their face with the intention of hurting them, you may get punched. And I bet if you took 20 average people off the street and gave them a rundown of the situation over half would say Perez was being a douche.

I think this issue is more of a reflection of our time. This whole issue sparked thousands, if not millions of videos, blog posts, tweets, newspaper articles, radio comments, RSS posts within seconds of occuring but what is it all?

Get used to it. It's 2009 and the noise level is not going to anywhere but up.
Posted by Unknown at 11:42 AM No comments: Links to this post

I don't watch Jon & Kate Plus 8 on a regular basis.

But I have seen it a few times. My sister used to watch it and then I would hear the show being talked about often on the radio here in Vancouver.

The only thing that I have to say about what is happening (Jon and Kate are getting divorced) is that it is an extremely sad event because 8 kids are going to grow up the rest of their lives without having their mother and father under the same roof.

However, life goes on and this does not mean that these kids can be any less happy or adjusted than anyone else.

Although my opinions are only based on what happens on the show, and we all know that this isn't always reality, I have to say that I was so obvious that they were not happy that you only needed to watch 2 minutes of the show to see this.

I can only hope that both Jon and Kate are able to move forward for the sake of their kids. The two older girls seem to be really smart and funny. The younger kids are just adorable.

Someday soon, I hope they put the cameras down and start to live their life for real.
Posted by Unknown at 11:50 AM No comments: Links to this post

It's been a while... and I apologize for the lack of posts. The truth is that I have been really busy finishing school and one that finished, trying to enjoy myself. Here's a rundown of what I have been up to:

I was in Toronto on Easter weekend. Seeing some friends from back in the day and getting to know my old home again. It was great seeing everyone. I also got a chance to visit the Art Gallery of Ontario (aka the AGO).

The AGO just underwent a huge renovation that included the installation of a Frank Ghery designed staircase: 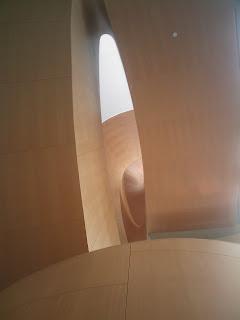 There was also some great stuff done by an artist that carves out trees to reveal what the tree looked like at a specific point in its growth without bark: 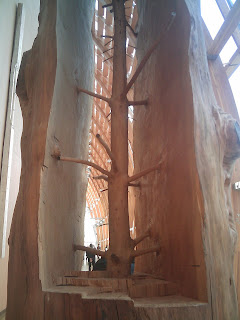 After I got back from Toronto, the rest of April was my final "run" at school as my last exam was May 2nd.

School finished with a bang, as you would expect. Working and going to school wasn't too much fun but I was glad it was over. I actually didn't consider myself finished until I saw my transcript. And didn't really feel any sense of accomplishment until I actually got my degree.

Here's me at the Rose Garden in my gown. It's really hard to make a grad hat look good isn't it. 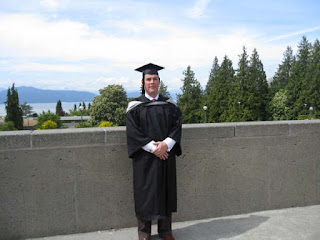 My parents and I had a great week and were able to get out to Tofino: 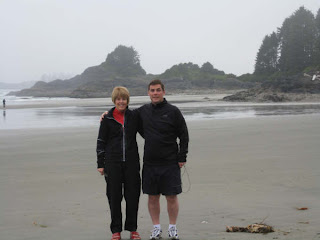 I am also proud to say that I finally got myself a bike. If you know Doggler, you will know why I call it "Doggler II". Anyways, I'm loving having a bike as it has opened the city to me in a whole new way. As much as I can, I like to get out to the beach after work to watch the sun go down.

Saw a great sunset a few weeks ago out on Third Beach (go third beach rangers). 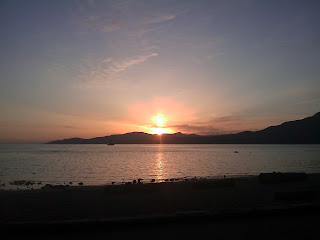 I also went to Vegas for a weekend: Crazy place. Fun.... but crazy. Everything is Cirque Du Soleil. It's like Quebec in the desert in that sense.

Also, I am in the process of looking for work. I have a few things on the go and a few interviews coming up so we'll see what develops. I have to say that I am really excited to be moving on with my life and I can't wait to see what happens next.

Dan
Posted by Unknown at 6:45 PM No comments: Links to this post 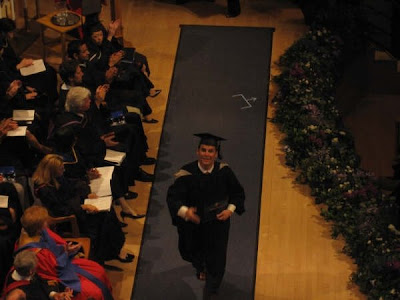 I finished my last exam on May 2nd and I actually graduated just last week. Here's a quick picture and I'll post more soon. Afterall... I have more time on my hands!

Dan
Posted by Unknown at 6:49 PM No comments: Links to this post