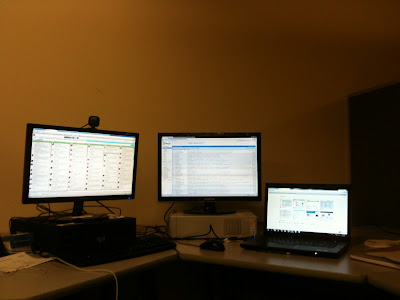 I finally got my workstation set up at work.  What I love about this setup is that it allows me to monitor a few things at the same time, while providing me with multiple options for the display of information.  I have always found switching between screens and applications to be an annoying thing to do and this kinds of setup allows me to keep focused on a specific task while having the ability to quickly check on other things.
If you are really interested in how other people setup their workspaces and personal productivity, then I suggest this great post by Christoper S. Penn on how he does it.
From left to right in the picture, here is what I have going on:
Social Media Monitoring:  On the far left is a nice widescreen monitor connected to an older IBM desktop that I use almost exclusively for keeping an eye on my corporate Twitter feeds.  Perhaps I will do a separate post on how I use Hootsuite to do this.  Having a dedicated computer is great for me because I can take my laptop with me and just leave this separate machine running.
Email: In middle I have another widescreen monitor that is dedicated almost exclusively to email.  It's so great having a screen exclusively for email because it helps you keep an eye on any important emails that might need attention.  I also use this screen for the occasional web task like looking at analytics but I don't do too much "testing" on this screen because I like to make sure I'm seeing my company's website like most users do - on small screens.  The screen isn't hooked up to the old Dell desktop that it is sitting on, that's just to keep it up and off the table.
Laptop:  On the far right is a new Dell Vostro -which I am enjoying so far except for that I think it might be a little heavy -that use for any word processing or spreadsheet work.  Like I say above, I also test web content on the laptop screen and find it great for any other tasks that require my undivided attention.  I am able to concentrate better on the laptop because it's on the far right so I have to turn myself away from the other screens to use it and I find this helps me focus a bit better.
Anyways, that's what I have going on... how do you set up your workspace for productivity?
Posted by Unknown at 11:30 AM No comments:

I am finding it really boring.  It's the same lame stuff day in and day out:


What I love is people.
Real people that say "thank you" and mean it.  Companies that offer a genuine helping hand "even though we don't sell food, here's where you can get great sushi".  Brands that put their employees ahead of their products.
I don't really see how anyone could love social media.  Or why you'd want to work in social media.
I specialize in people.  Meeting people, talking to people, interacting with people and, when called for, marketing to people.
How about you?
Posted by Unknown at 5:26 PM No comments:

Image via Wikipedia
Yes, that title is a tip of the hat to Star Wars.  In the series, the first movie released was actually the fourth "episode" in the series and I couldn't help but feel that is applies to myself right now.

I recently accepted a full-time position at iWatchLife.  The company is just about to re-launch it's internet-based video monitoring solution in a few weeks.  A new site is being built behind the scenes as I type but I haven't really had much, if any, involvement because I've been working on getting up to speed and frankly, we're on a deadline and I don't want to interfere.

If you know me, you'll probably remember that I completed by MBA in June 2009 and have been doing various things since then but it's been a long, hard road getting to where I am right now.  Looking for work and networking can be a long, hard road that seems to never end.  I was averaging at least 5 events at month, and that's a pretty low estimate.  I wish I kept a journal but I guess the PILE of business cards that I have at home serve the same of purpose.

I learned a tonne of things along the way and I'm going to posting them soon.  Stay tuned!.

Posted by Unknown at 2:48 PM No comments:

Every once and a while, I like to take a few minutes and share things I'm into these days... books, movies, music,  whatever...

Here's a roundup of things that I have been into lately.

The Black Swan:  This is a Darren Aronofsky (he did The Wrestler) film starring Natalie Portman.  It's pretty intense psychological mindf*ck of a movie about a ballerina.  I don't want to give too much else about the plot but this movie has it all from great costumes, amazing music and insane performances.  I love movies like this that are hitting it on all cylinders.  Go see it, it will be big at the Oscars....

Clever: Leading Your Smartest and Most Creative People:  This is a book by Rob Goffee and Gareth Jones about leading "clevers".  The adjective "clever" often has a negative connotation in the sense that people often associate it with people who might think they are better than everyone else.  In reality it simply means "to have a skill".  By extension, "clevers" are the people in any organization that create a disproportionate amount of value and leading them requires a unique set of skills and understanding.  The book is a result of hours and hours of interviews with clever people and the people who lead them.

Prince Edward County:  Spent three awesome days over New Year's in Prince Edward County, which is only about 3.5 hours West of Ottawa.  Locals tell me Ottawa people seem to visiting more and more and with the history of the region, great places to stay (at off-seasons prices even better), awesome restos and amazing wines - it's easy to see why.  Stayed at Huff Estates Winery the first night, then The Devonshire Inn for the following two.  Visits to a bunch of wineries but my best experience was at Rosehall Run Winery where winemaker Dan Sullivan treated my girlfriend and I to a private tasting and chat.  Picked up some 08 Pinot and some Chardonnay.

Here are a few pictures: 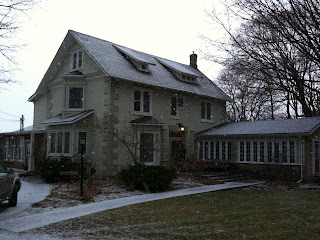 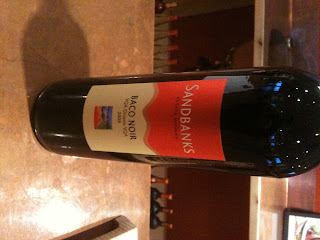 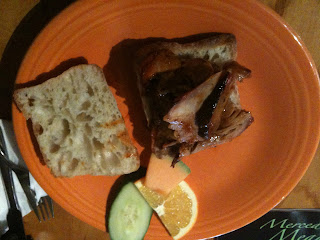 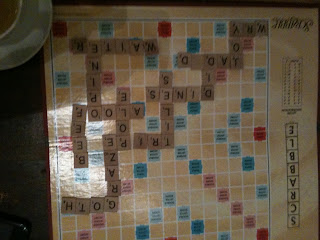