Today is an important day because it was 35 years ago today that The Band held a concert at the Winterland in San Francisco called "The Last Waltz".

The Last Waltz was so much more than a concert or a film directed by Martin Scorsese.  It was more than a Thanksgiving feast where the 5,000 people in attendance were treated to dinner and dancing prior to the show's 9pm start.  It was also much more than The Band's last concert together (except for reunions shows with various formations).

I suspect many people aren't aware of The Band's connections to Canada, in fact most of the Band was born in Ontario.  Robbie Robertson was born in Toronto, Garth Hudson was born in Windsor, Rick Dank was born in Green's Corners and Richard Manuel was born in Stratford.  Only Levon Helm was born in the USA, having been born in Arkansas in 1940.  The band spent many of their early years backing Ronnie Hawkins, playing clubs up and down Yonge Street in Toronto.  They had strong connections to other Canadian musicians and those are evident in The Last Waltz.  In fact, many other Canadian musicians including Neil Young and Joni Mitchell performed with The Band during The Last Waltz.  Here's a great example of that, Acadian Driftwood.


The Last Waltz deserves to be remembered today for a number of reasons:

I own a copy of The Last Waltz on vinyl and listen to it often.  I also own the original concert film.   If you're interested in the The Last Waltz, I'd suggest picking up the 4 CD box-set that includes the concert in its entirety. 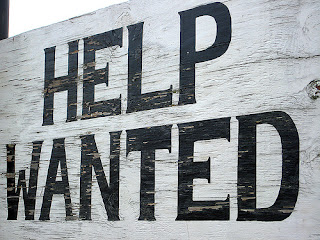 In case you haven't noticed, the world of marketing is changing and if you don't change with it, you risk finding yourself in a real bind the next time you need to find a job.  And given the state of the economy and the high-level of economic uncertainty we face, I think it's a great time to rethink marketers plan on "winning the future".

What do you think?

My next post is going to cover a few tips and resource that I think are great for marketers looking to understand communications/PR better. One of my least favorites things about social media is when people mindlessly promote things through their personal social media accounts.

I know what you're thinking "Danny, isn't this exactly what social media accounts are for?".

The right answer is "not really".  Social media are for connecting and helping people but this isn't a post about what social media are/aren't good for.  Sometimes the best way to help people and make connections is to promote things, but everyday I see people who seem to have to no idea when it is or isn't appropriate to promote things through their personal social media account.  On a bad day, Twitter looks like a bunch of people promoting whatever it is they are doing at that moment.  I have lots of theories on why this happens but I'll save those for another post....

I hate to answer a question with more questions but I think people need to ask themselves a few things before they promote anything through their personal social media accounts?


I'd like to suggest that if the answer to either of the first two questions is "yes" then you shouldn't promote whatever it is to your personal social media connections.  If the answer to the last question is "more than once a week", I'd also suggest you seriously reconsider.  There are people who can get away with it more often than others but chances are you're not one of them.


image credit: ehnmark
Posted by Unknown at 10:03 AM No comments: